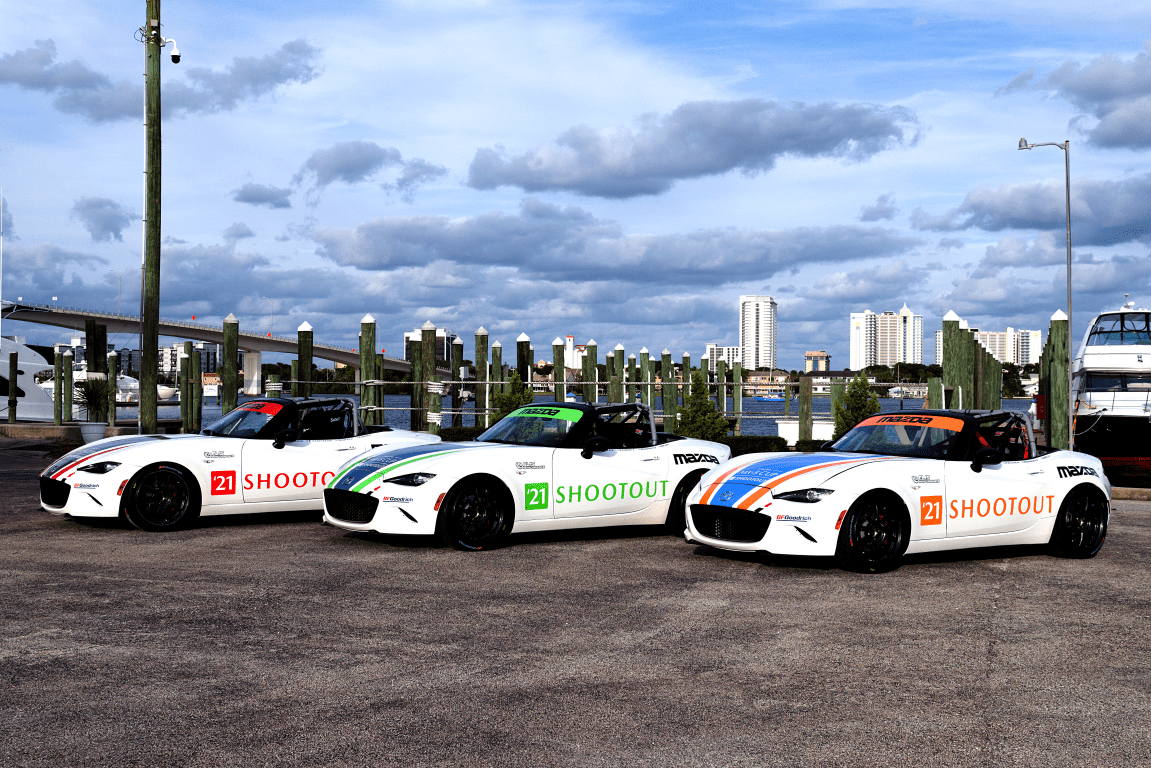 Mazda Motorsports has revealed which 12 young drivers will compete for three scholarships worth a combined $260,000 to start their Idemitsu Mazda MX-5 Cup presented by BFGoodrich® Tires career.

The top prize in the MX-5 Cup Shootout is a scholarship valued at $110,000. Last year’s big winner, Connor Zilisch, went on to become this season’s MX-5 Cup Rookie of the Year, just missing out on claiming the overall championship by just 10 points.

Additionally, two $75,000 scholarships will be awarded. At least one of the three winners will be female, as part of Mazda’s Women’s Initiative to expand opportunities for women in motorsports.

“This is our 15th Mazda MX-5 Cup Shootout,” said Mazda Motorsports Program Manager Jonathan Applegate. “The program has lasted this long because it works. We’ve seen that those who rise to the top in the Shootout tend to do the same in Mazda MX-5 Cup competition. Just look at our most recent season; last year’s winner, Connor Zilisch, earned the rookie of the year title and the 2019 Shootout winner, Jared Thomas, won the championship. Drivers who compete in MX-5 Cup learn the race craft they need to compete anywhere.”

This year’s 12 finalists were chosen from a pool of nominees who were either automatically qualified by winning a championship in NASA, SCCA Club Racing or Spec MX-5 Challenge, or by an at-large nomination from their peers. In addition to their resume of racing accomplishments, nominees submitted videos focused on their off-track efforts and business acumen to help earn their spot in the Shootout.

The MX-5 Cup Shootout takes place November 9 – 10 at Sebring International Raceway. Drivers will attempt to impress the judges with their lap times, but also with their aptitude to review data, apply feedback and improve. Judges will have the opportunity to sit down with each driver to learn about their business strategies and potential to be a brand ambassador.

Series partner Flis Performance will be on site with three MX-5 Cup cars plus engineers and data analysts. Flis will manage the ballasting process for the cars to ensure the kind of parity that the series is known for. Operational support will be provided by Andersen Promotions. Presenting sponsor BFGoodrich® Tires will also be on hand providing tires.

The MX-5 Cup Shootout Scholarship winners will be announced at the close of the competition on Thursday, November 10.