Inside Mazda MX-5 Cup: All things being equal 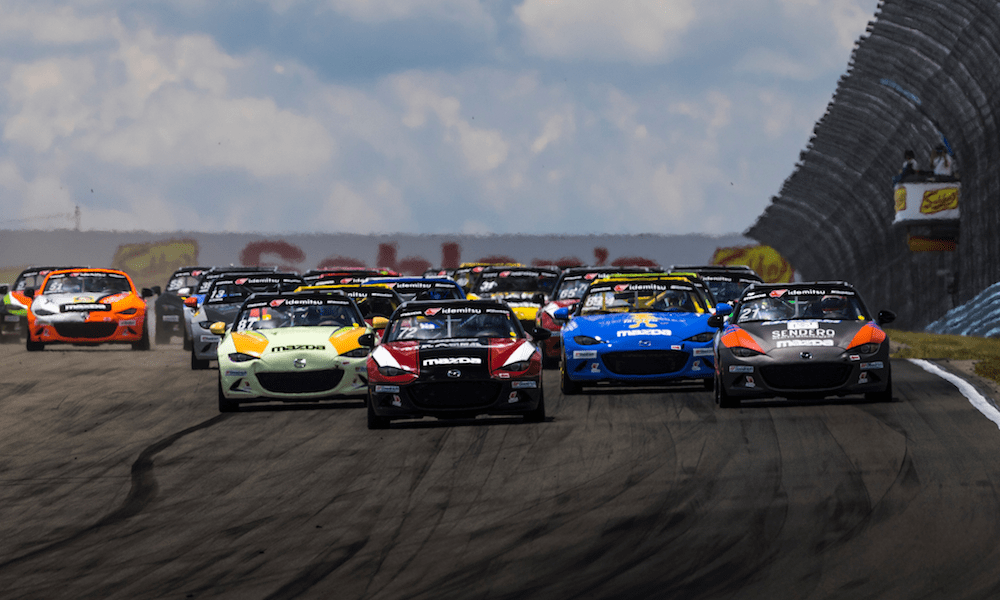 Since the series’ debut in 2016, more than 260 Idemitsu Mazda MX-5 Cup by BFGoodrich race cars have been sold. And still they continue to arrive at Mazda’s handpicked build partner, Flis Performance, as production MX-5s ready to be converted into race-spec MX-5 Cup machines. With so many cars already built and fields regularly topping 30 entries, how does the racing remain so close?

“Homologation is the key,” explains Todd Flis. “We abide by strict production and assembly rules. Each car is built identical to the last one and since they are homologated, there is no Balance of Performance (BOP) against other cars in the series. When it comes to tech inspection, you’re either within the homologation spec or you’re not.”

The road to race conversion begins by removing the top and interior, to be replaced with an FIA-spec roll cage and fuel tank. A racing seat, harness and instrument panel, as well as other safety modifications round out the driver’s environment.

The engine is sealed; upgraded motor mounts and exhaust header are installed, and a Bosch racing ECU replaces the standard unit. A Sadev, flat-shift sequential gearbox takes over from the production transmission, while on the suspension side, new adjustable Multimatic DSSV dampers are installed along with a custom front sway bar. In all there are 250 racing-specific parts added, plus a significant weight reduction over the production car. Taken with all the options, the car only needs fuel to go racing.

A core group of individuals within Flis Performance undertakes and oversees each transformation in batches of four, with a complete car emerging every 12 days.

“It’s a great race car right out of the box,” says Flis. “But each one comes with a detailed manual that we produce to give drivers some insights on how they can tune the setup to get it just to their liking. Drivers can adjust the camber and toe and the rake, along with some dampers settings. They operate within this tiny window in which the cars were developed, and when drivers go outside that window, they instantly go backward.”

While it all starts with the build, extensive dyno testing and constant monitoring through a host of sensors on each race car is what ensures equality so that the potential for a win lies in every driver’s hands.

Mazda’s journey to building an MX-5 Cup car has its origins in the amateur racers who got it all started with the original Miata.

“Go back to 1989 and you have the first ‘NA’ Miata that took the grassroots racing world by storm,” says Jonathan Applegate, program manager for Mazda Motorsports. “All along it’s been those ambitious racers that have driven Mazda to create a professional spec series and the MX-5 Cup. By listening to our racers, we’ve evolved from that first Miata, through three generations, to now have a car built in-house with the highest level of integrity and parity. We see the result of the effort that goes into building each MX-5 Cup car out on the track, with all the exciting and close racing. In the end, our customers get a cost-effective, competitive and sustainable racing platform.”

Applegate adds there’s no sign of weakening demand for the MX-5 Cup race car, having delivered nearly 80 of them within the last three years. Mazda often refers to the “joy from driving.” They may want to add “joy from competing” in there as well.

HOW CLOSE IS THAT?

It’s one thing to talk about it, but quite another to prove it. So, just how evenly matched are MX-5 Cup race cars?

From the start of the 2021 season through round 10 of the 2022 season, there have been 24 qualifying sessions. Across all of those sessions, there are on average 10.4 cars qualifying within one second of the pole position time. In some rounds that number often exceeds 15 cars, with the high mark being this season’s qualifying session for Race 1 at the Mid-Ohio Sports Car Course, when 20 cars posted a time within a single second of the pole.

Race finishes also paint a picture of the razor-thin margins that separate the MX-5 Cup races. This season, through rounds 9 and 10 at Road America, the average margin of victory was a scant 0.683s.

Blink-and-you’ll-miss-it finishes from 2022 include Selin Rollan edging Connor Zilisch by just 0.061s on the streets of St. Petersburg. But the tightest doubleheader of all so far is Watkins Glen’s June thriller, with Tyler Gonzalez mastering the draft to beat Joey Atanasio by a miniscule 0.036s in Race 1, and Aidan Fassnacht crossing the line 0.075s ahead of Bruno Carneiro in Race 2. 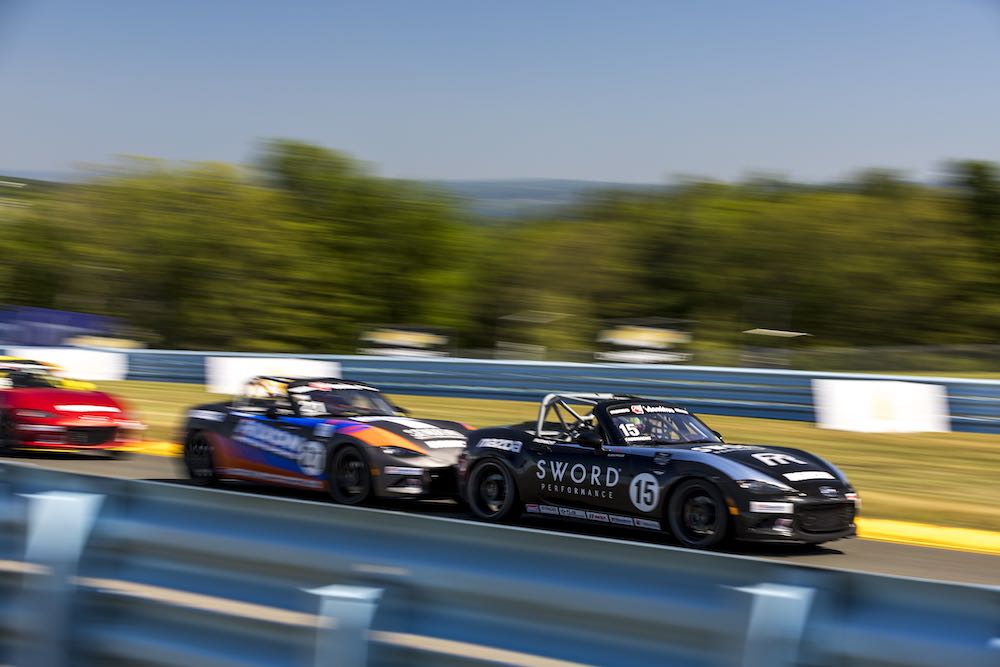 Don’t miss the Idemitsu Mazda MX-5 Cup Presented by BFGoodrich as it heads to Michelin Raceway Road Atlanta for the season finale, Rounds 13 and 14, on Sept. 29-30. All races are streamed live on RACER.com and archived on the RACER magazine YouTube channel. To view the full season schedule and learn more about the series visit www.mx-5cup.com.