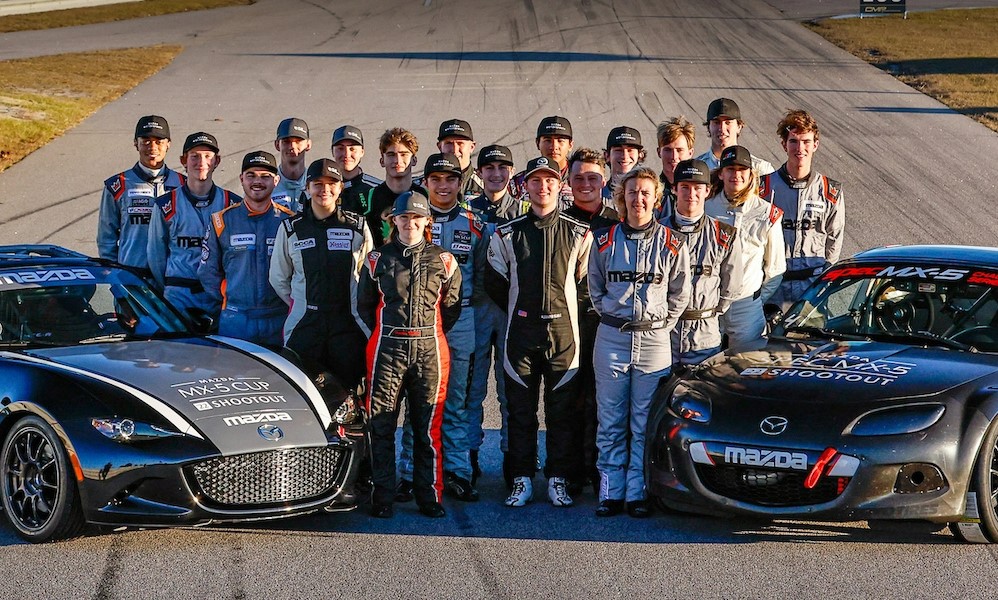 Nate Cicero of Pound Ridge, New York came away from the 2022 Mazda MX-5 Cup Shootout with the big prize; a scholarship valued at $110,000 to compete in next year’s Idemitsu Mazda MX-5 Cup presented by BFGoodrich Tires.

Two $75,000-value scholarships were awarded to runner-up Thomas Annunziata of Colts Neck, New Jersey, as well as a second to Heather Hadley of Mooresville, North Carolina. From the group of karters, Reid Sweeney and Chase Jones have been named as official Mazda drivers in the Spec MX-5 series for 2023.

Operating three identical cars, Flis Performance prepped and maintained the MX-5 Cup vehicles, while Advanced Auto Sports tended to the Spec MX-5 cars. Every driver received their own set of BFGoodrich Tires for the duration of the event.

Following an extensive evaluation from the MX-5 Cup judges, Cicero was determined to be the racer that best embodied Mazda’s ideals and speed. 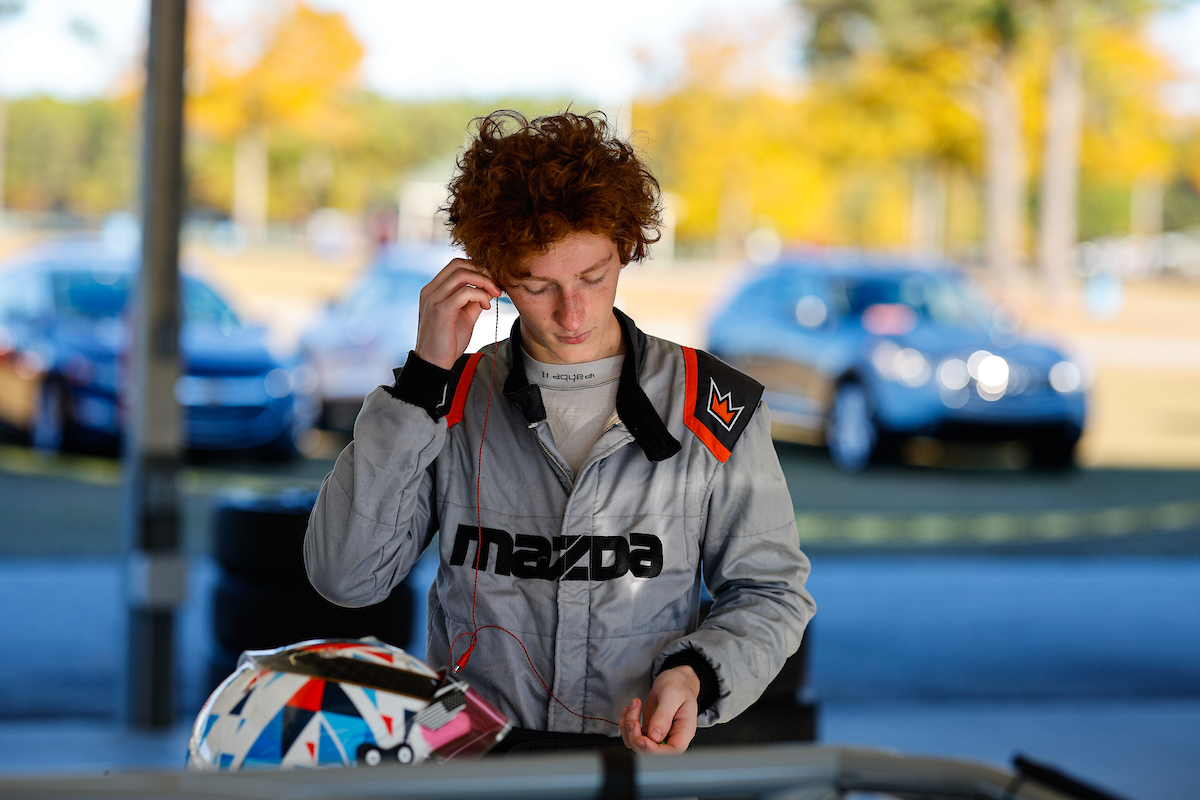 “It’s pretty insane — I’ve been working for this the entire year,” said Cicero, who participated in the Spec MX-5 Shootout last year. “I am kind of speechless, but so happy that I’m going to be racing in MX-5 Cup next year. I am going to just keep working from here. I felt pretty good about how I did off track, and felt decent about how I was in the car, but I wasn’t sure how it was going to play out. When they called (Thomas as runner up), I was thinking that it was either first, or nothing for me but I was really hopeful. I’m just super happy.”

Cicero follows in the steps of current champion Jared Thomas who won the Shootout in 2019, followed it up with Rookie of the Year honors in 2020 and finally the series title this October.

“I am very proud of all these drivers and the way they’ve risen to the challenge presented to them,” said Mazda Motorsports Program Manager Jonathan Applegate. “It never gets easier to choose a winner, but Nate was poised and professional, and, naturally, very fast. We think he has a great head on his shoulders and is well positioned for a long career in motorsports.”

Annunziata was deemed to be a close second in the competition and received a $75,000 scholarship.

“I can’t believe it — it is a dream come true to be holding this $75,000 check” said Annunziata. “I can’t thank everyone at Mazda Motorsports enough. The coaches were so talented and helpful, and the judges were great. I had so much fun, and I’m so excited to be living my dream next year and racing at this level.” 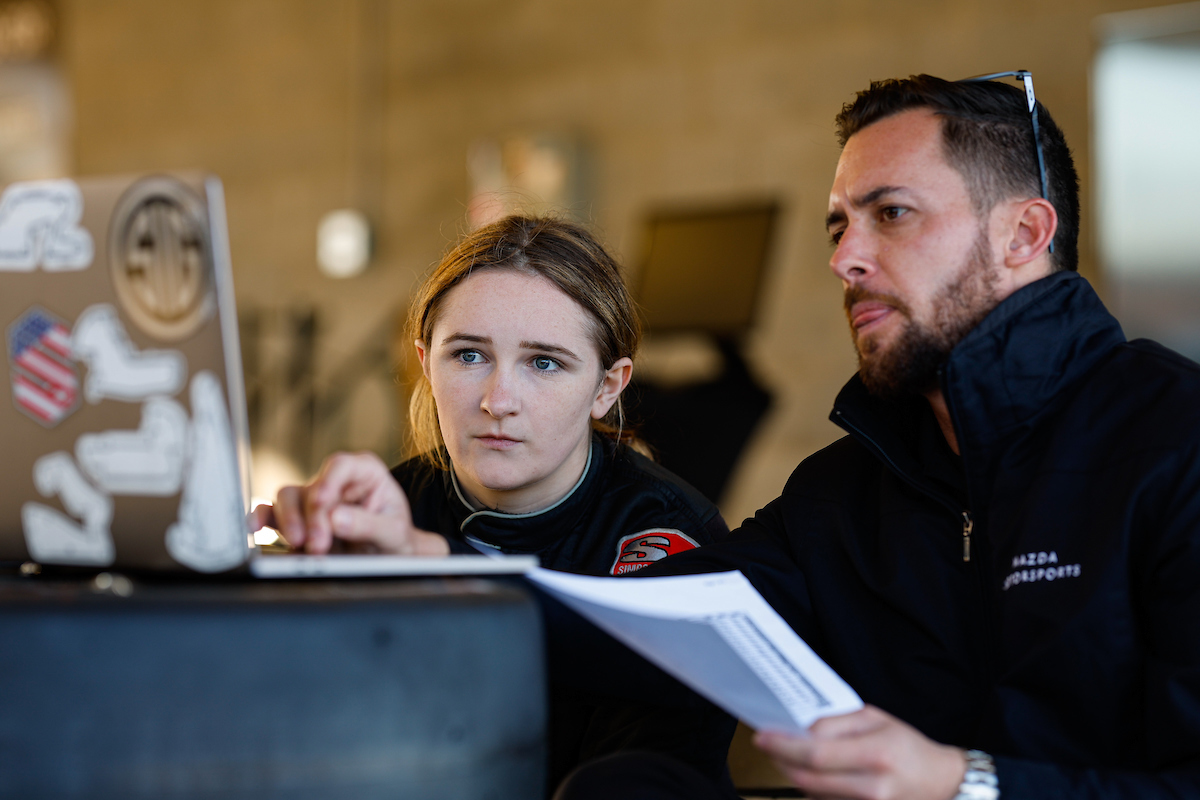 As part of Mazda Motorsports’ commitment to create opportunities for female racers, Heather Hadley was declared the winner of the $75,000 Women’s Initiative Scholarship.

“I was shaking up there,” admitted Hadley. “This is the best day of my life. This is life-changing, just amazing. I was really unsure the whole time of how I was stacking up. Sydney (McKee) and Laurin (Brallier) were so amazing the whole time, really competitive and super consistent both days. We were all right there and I am sure it was a tough call for the judges because they were so amazing. It was a blast to get more comfortable in the car, listening to the coaches advice, and applying that to what I was doing in the car and keep pushing myself and my own limits. This was such a great experience.”

Mazda’s commitment to helping young drivers realize their dreams of racing professionally starts by bridging the gap between karting and cars. From a field of nine karters, Reid Sweeney and Chase Jones were chosen to become Mazda club racing factory drivers. They will receive financial support, testing opportunities, a driver coach and motorsports mentor to guide them through the motorsports industry and so much more.

“The level of talent I witnessed at this competition assures me that Spec MX-5 will continue to showcase some of the most talented drivers in the country,” said Josh Smith, Head of Technical Development for Mazda Motorsports. “It’s an honor to provide aspiring racers a path to break into racing. I look forward to watching Reid and Chases’ motorsports careers progress.”